With the NFL Draft fast approaching at the end of April and the traditional scouting combine not happening this time around, the college football Pro Days have taken on new meaning.

Already, most of the NCAA’s top programs have held their events, which consist of drills designed to showcase the athleticism, size and skills of each player, including familiar tests like the 40-yard dash, three-cone drill, and bench press.

Recently, Nick Meyer and Wade Peery of Forgotten Sports Heroes sat down to discuss whose draft stock has risen during the Pro Day season, early picks for the first round, QB vs. QB and WR vs. WR battles (DeVonta Smith vs. Jaylen Waddle, Mac Jones vs. Justin Fields and Trey Lance) as we inch closer to the 2021 NFL Draft with each passing day.

(This breakdown is brought to you by Fanatics.com, click here to shop for officially licensed NFL, NCAA, and other gear to stock up for the 2021 season at discounts of up to 65% depending on when you happen to be shopping)

And now without further ado, the chat:

NM: So Wade, the numbers are in for many of the top prospects in the draft.

Who stood out to you as guys who raised their draft profile during in recent days at their Pro Day workouts?

WP: With the combine, the scouts are going to weigh these Pro Days heavier than usual, with the usual caveat that they’re playing in shorts and a t-shirt in a controlled environment so it should be taken with a huge grain of salt.

That being said, Ja’Marr Chase is flying up draft boards. He ran a 4.32 and he looks like he’s carved from granite, Nick!

The kid is going to be a HOF’er. Even before I heard the 40 time for Chase, I had the bronze ready. Get the initials carved in Canton, boys!

Kyle Pitts looks like the force of nature that everybody knows he is…Breaking news, he’s crazy athletic and good at catching the football. Yet another Hall-of-Fame talent.

That speed at 6'6" and 246 lbs though 👀 @SECNetwork pic.twitter.com/qjysreMifF

NM: A lot of buzz around Chase right now…Rondale Moore of Purdue, also…If you had a top ten pick and were starting a franchise, would you take a guy like Chase or Pitts, DeVonta Smith or Jaylen Waddle, or would you rather take a flier on somebody like Moore or Nico Collins later in the draft?

Just off the top of my head it seems like pass catchers are better off when taken late first round or second round…As a Lions fan I know this all too well.

NM: The question is, will Chase be a top 5-10 WR talent in the league or not. I think he’s going to be very good, but I hope the Lions get Waddle.

WP: Mac Jones is my favorite prospect in this draft class out of all the positions. He is the APPLE of my EYE, Nick. I think Shanny (Kyle Shanahan of the 49ers) drafts him at number three.

Pitts on the other hand, I think could be the real star. Actually, I don’t think. I know he will. BOOK IT!

NM: There was a clip of Bill Belichick looking very displeased with Mac throwing the ball at Pro Day…Bill was not pleased.


WP: Honestly, it’s one stupid throw at a Pro Day. How much does that one throw matter in the scheme of things? It’s comical.

Mac Jones had an overthrow on a deep ball… and the cameras turned to Bill Belichick shaking his head. pic.twitter.com/mnQIImFLBD

NM: Do you think Jones has enough arm strength to be a top tier QB?

WP: Yes…People doubted Brady’s arm strength coming out, and look how that went.

NM: I was thinking the same thing…And then you’ve got Montana and a lot of other guys who had had a lot of questions about arm strength.

It seems like there is a big debate right now on whether Mac is a potential star or a mere game manager.

Jones is the future and the FUTURE IS NOW.


NM: To me (speaking on Fields now), I wouldn’t take him until the mid-to-late first round. Trey Lance and Jones are my guys to round out the top 10.

Todd McShay just released his latest mock draft where he has Mac Jones going No. 3 overall to the 49ers.@Foxworth24 needs to chill 😭 pic.twitter.com/i46ii3isPN

Something about Fields makes me think he still has a lot of learning to do. I think Jones and Trey will outplay him early in their careers.

If you had to choose between Wilson, Lance and Fields, who are you taking, Wade, and why?

I like Fields, he’s interesting for sure. There are so many interesting quarterback prospects in this class. Are they all going to be exceptional? Gotta be a bust in there somewhere.

Honestly, I like Trey Lance because of his upside and his running ability. He’s more of a gamble, but I just like the upside with him.

NM: Anybody else who stood out to you on their Pro Day?

WP: Wilson’s Pro Day when he rolled to his left and threw that bomb across his body to the right side of the field. Beautiful ball. We need to see him make more throws like that in a game setting though.

NM: To me Kwity Paye of Michigan was a big surprise…He is in tip top shape despite missing several games at the end of last season. I think he will be a really good pass rusher and complete player at the next level.

But he and Micah Parsons both appear to be slipping down the draft boards despite their impressive workout numbers.

NM: Same here, but we have gotten a lot of clues about these guys’ dedication, measurables and work ethic in the past few weeks.

WP: Parsons has issues…A lot of baggage there, but a crazy talented player. He’s likely worth the risk but you are a little nervous about Parsons.

NM: Do you think that the Pro Days mean a little more this year considering there’s no combine, or are they just as overhyped as ever?

I think they mean a little more this year, but mostly because there’s no combine.

We are a football starved nation, Wade.


WP: Maybe it means a little bit more because you can see the 40 times of players…but I don’t know.

I can never let a guy’s Pro Day weight that heavily on my mind. Let’s not forget Sam Bradford had a PERFECT Pro Day.

NM: Interesting you said that about weight. DeVonta Smith weighed in at 170 pounds.

WP: I’m not scared about DeVonta’s weight. I think there’s little question that he will be a star in the NFL.

NM: So you think he can avoid the big hit at the next level?

WP: I’d take the gamble. You can’t hit what you can’t guard, Nick. Last I checked, nobody in college could guard him to save their lives.

NM: One mock draft has him at 7 and Jaylen Waddle at #8. That seems to be one of the biggest debates right now. 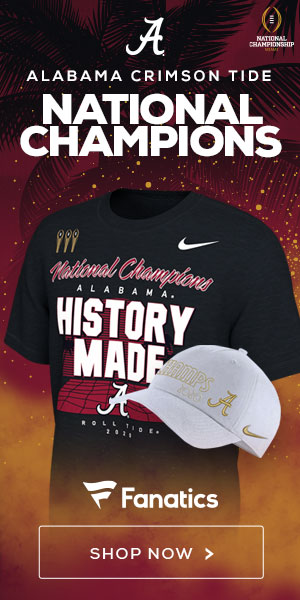 WP: Tough call, I really like Jaylen Waddle. It just depends on what you need…Do you want a LID LIFTER, or do you want the more precise route runner?

NM: As a Lions fan, I’m hoping for Jaylen.

Considering the physicality of the NFL, I’d take the over-the-top guy.

WP: When Waddle gets past you say goodbye bud.

NM: You’re selling me even more on Jaylen. Somebody get Martha Ford on the phone.

WP: Jesus, I wish the Lions would get new ownership. That’s a whole ‘nother chat, Nick.

NM: What about non-QBs and non-pass catchers…Anybody else who has caught your eye lately?

WP: I really wanted Jones to go to the Lions, but unfortunately I think the Lions are going to go with either Smith or Waddle there because Jones will go to the 49ers.

I'm a fan of the idea Jaylen Waddle in a Detroit Lions uniform. This guy is stupid fast.

NM: One guy I think who has been greatly overlooked is offensive tackle Jalen Mayfield of Michigan. You can never have enough Jalens.


This guy is young but has the frame and athletic ability to be a bookend left tackle for 10 years.

And lo and behold, he could go to Tampa Bay with the last pick in the first round. The rich get richer. Perfect fit for that talented young offensive line.

WP: Non-pass catchers, I love offensive guard Trey Smith of Tennessee. Not being talked about enough.

I also love Quinn Meinerz of Wisconsin-Whitewater, a guard/center.

Both will be special, special offensive linemen in the NFL and you’ll get them at value.

WP: Back to the wide receivers, Elijah Moore of Ole Miss had a sick Pro Day. I think he ran a sub-4.4 40 if I am correct.

NM: I am still scratching my head as to why Najee Harris isn’t seen as a slam dunk first rounder.

WP: The kid can fly and bumped himself into the first round conversation.

I love Najee Harris, he is GREAT…Great, great combo of hands and power as a RB.

Alabama just cranks out NFL players, it’s really an NFL farm system at this point with Nick Saban at the controls.

NM: Word is he showed great route running and hands at the PRO DAY. The pinnacle of athletic competition.

WP: Najee is a great player maybe we should ask the Georgia Bulldogs defense how good he is, he steamrolled them this year.

It was ugly, Nick.

NM: Although he didn’t run the 40, I’ve seen all the game film I need to see.

WP: If you want to talk about underrated prospects, WR Cade Johnson of South Dakota State was really good at the Senior Bowl, I liked him a lot.

NM: Last question Wade…if you had a Pro Day tomorrow, what would you run in the 40?

Could you break 5-flat?

NM: I was going to give myself in the 5.2 range, but that would probably be wishful thinking. I blame COVID.

WP: Would love to pull a hammy like Dave Portnoy in his combine vid.


One of the all time great videos.

NM: I will have to look that one up. Do not try the Pro Day at home, ladies and gentlemen! Unless you have a good agent and a YouTube channel.

NM: Thanks for joining us Wade, anything else you’d like to say about your early draft scouting and Pro Day observations?

For me, I think there’s going to be a lot of future stars in this draft. So much so that even the Lions can’t screw it up.

WP: I just think that there’s no one perfect recipe to scout a player. As the old DB coach at Ohio U. said, “it’s never going to be an exact science.”

Go by the game film, not the t-shirt and shorts film! Humans projecting humans is a flawed process.

NM: Amen to that. It’s a great draft, that much is for sure.

Thanks for joining us, folks.

WP: Loaded with talent! See ya!